Fun and games with ESPN DIGTAL

When was the last time you had a training session in which time flew faster than Usain Bolt and you laughed like a kid playing chasings?

ESPN DIGITAL's fun and games were also a surprise.

Observatory Hill is all about serious business at lunchtime and that sounds like grunting and groaning, the thud of boxing mitts and the chants of PTs – “Faster!” “Harder!” “Again!”

I resisted the impulse to just keep driving - Ok, I’d brought AdNews’ Emma Logan with me. I couldn’t just keep driving – and trudged up the Hill to join the 25 or so other ESPN DIGITAL Challenge trainees and our two Vision Fitness trainers…

...who were building a circle of death on the grass.

“It’s a training circuit,” they corrected. 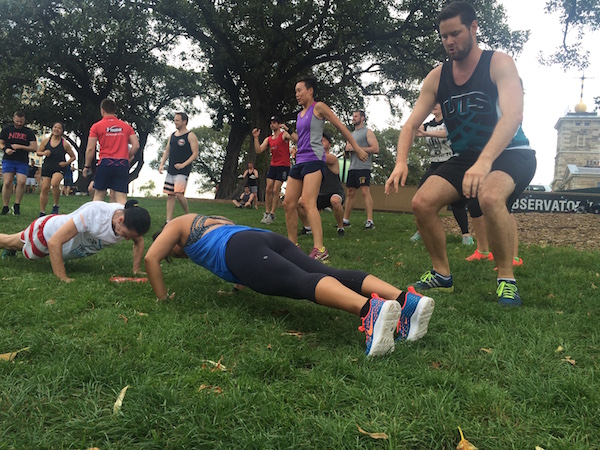 What seemed like hard work with its imperious commands - Fast feet, Squat jump, Ski jump and so on - turned out to be a fun game that looked like Twister, but it was a later game that resembled it when the wet grass got a tad slippery. Falling down is funny.

And there was more fun to come. I don’t know what the next game is called, but it’s like weaving a rope, except the threads are people in teams of eight. And there are so many opportunities to cheat. 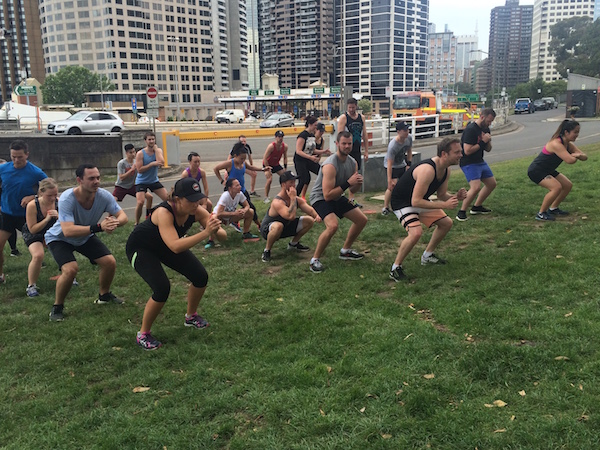 It’s a race to the top, and then a race to the bottom - using nimbleness, speed and co-operation. Although my team humbly called itself Team 2, we won both. We were the fastest at working together to learn the art of cutting corners.

We played three variations of that game. By the end of it, each of the three teams was made up of eight great mates who’d touched each other a lot. 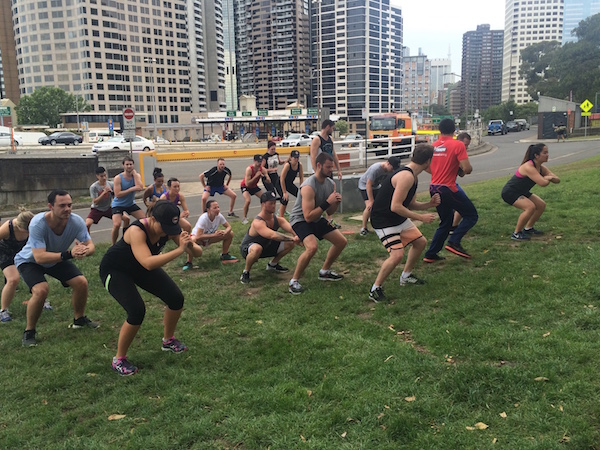 And then the ESPN DIGITAL training session was over.

That was the only disappointing part. Oh well, it's not long until the next one.