ESPN DIGTAL challenges you to train with them 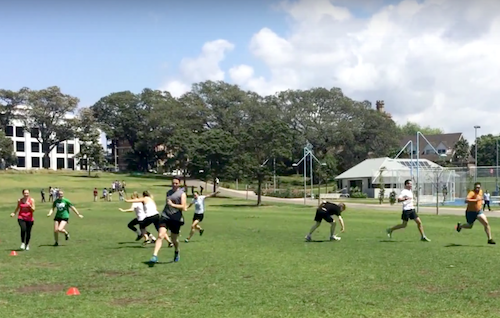 …with a level eight game of bull rush. I’ve played hopscotch, French cricket, brandings, elastics, skipping, Marco Polo and tennis duels against the wall of the science building…but I had never played bull rush before. 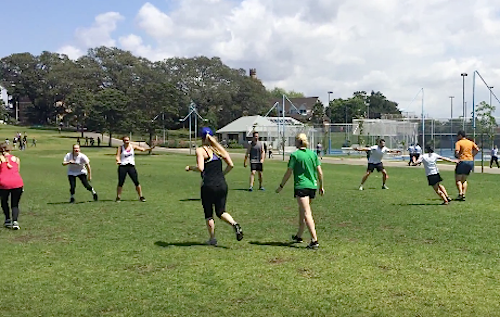 Damn, I had a deprived childhood.  A game of strategy and nimbleness is so much “my thing”. I could have played that all afternoon. We didn’t, but there’s always next week, and the next game was a twisted (you’ll get this if you turn up next week) version of chasings, that was just as much fun. Heads up for those of you planning to be first timers next week – drop to the back of the pack at the start of this game. You’ll “get” why when you play.

The bloke from Bohemia who had a wanted a number 9 workout, starred at chasings. If you’ve signed up for the run leg, you might want to recreate the picture in your head in which you’re holding the trophy. Or train harder from now until mid-November. 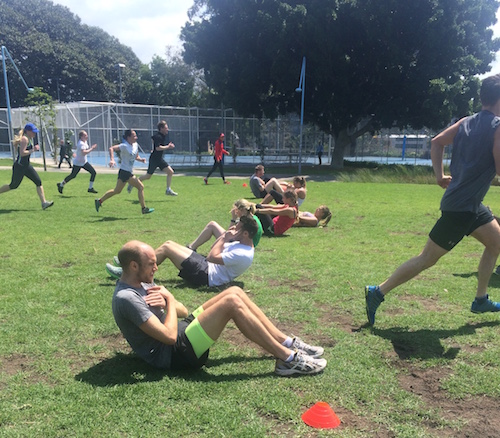 At the end of these games, we’d been in teams of twos for twenty minutes. Team spirit had kicked in. Champions were emerging at the tops and tails of every exercise. Both were receiving applause. One of our group had skipped breakfast, morning tea and lunch. He’d been a headliner for the first forty minutes. Now he was running on empty. And it showed.

He was next to me at the row of seats we were using for step ups, dips and push-ups and the idea of doing the last ten push-ups had switched off somewhere between his brain and muscles.

“Yep.” (Well, that’s what I’m going to write that he said. It may have been a four letter word I shouldn’t publish.)

Then he did those final push-ups. With perfect form. And we all cheered. 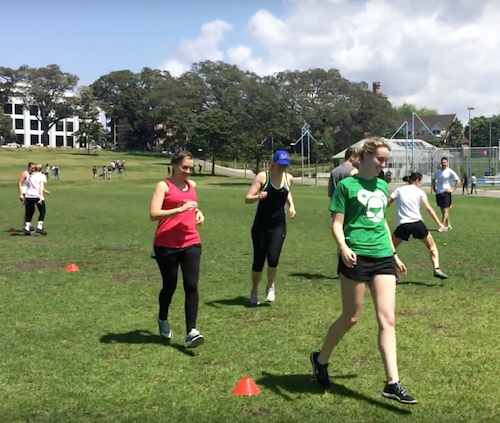 Just like in the movies. I couldn’t have made up a better ending to this ESPN DIGITAL training session story. Thanks for “writing” it for me, S.

If you went to the pub instead of training this week, you missed out on something good. You might want to rethink your lunchtime plans next Wednesday?