Strength at the top

For everyone with an Iron Gym Total Upper Body Workout Bar in the cupboard under the stairs in the hope that it will give you great guns, Michael Boyd didn’t use one to get to do this. 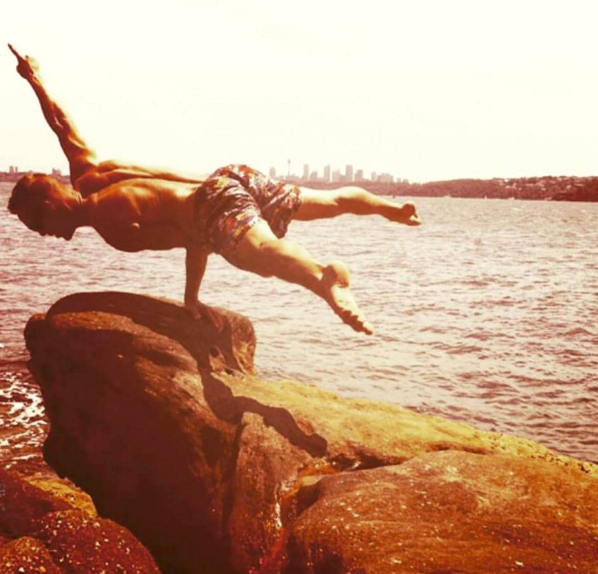 The inconvenient truth is that you really have to Just Do It – a helluva lot - to get results.

Michael would have imagined this trick in his head, then Just Tried It over and over…and over and over, until he nailed it. He was an aerobics champion when he was a teenager and he’s a choreographer who also performs now - so he knows his way around a gym. But the Iron Gym doesn’t get a credit.

Damn, that’s disappointing, isn’t it? Only one machine you’ll ever see in an infomercial actually works without an exercise regime. I know because I have one.

It gets me rave reviews (OK, I’ll admit it…and some well-earned pride) for my “how the hell did you get those muscles?” It’s the reason I can carry the result of overenthusiasm at the supermarket from car to kitchen in one go. Nearly beat my hip hop teacher, Michael Beirouthy, in an arm wrestle the other day. And why I can do The Spider Challenge.

I got my Dyson the usual way. With credit card reward points. I believe you can also buy them. I did this at about the time I also acquired three kids under three and lost my “she’ll be right” attitude to having dust-drenched carpets.

At first, I didn’t notice my physical changes. But to be fair, I didn’t notice anything much beyond the ding of the washing machine finishing its cycle (four or five times a day) and one child’s ability to scale anything – and everything, and most often a four metre bookcase no matter what obstacles were put around its base. 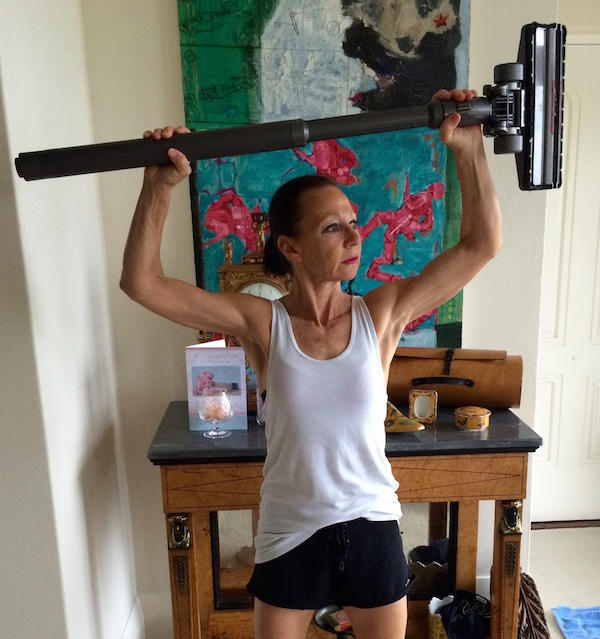 Then one day it began: “OMG, how did you get those shoulders?” At about the same time, “Carry me, mummy,” ceased to be Mission Impossible, even though “me” was usually voiced by the twins in unison.

So here’s the thing. Yes, the carpet will get mucked up about an hour after you finish. Do it properly anyway. If you have polished wood floors, you will need the optional Sabco Squeegee. No, you don’t use one or the other. You use one after the other. For the best results, also do the ridge above the doors, the top of window frames, mattresses, behind the fridge, washing machine, under beds…you’ll get the hang of it. Try to acquire a level of OCD just below the criteria under Section 8 of the Mental Health Act.

But wait. There’s more. You’ll also get complete peace for an hour. Or two. Or three. As many days per week as you like. The sound of a Dyson could drown out the Apocalypse. You will also not hear phone calls, email alerts, imessenger, “Honey, do we have any AA batteries,” “Mum, where’s my footy jersey,” or the teen party in the house across the road.

You can star in the movie in your head, tell a client exactly what you think of him (with no repercussions), resign from your job (with no consequences), create world peace, solve the problems of the global economy, have sex with Magic Mike or covet they neighbour’s wife.