The headline I’d planned in my head was ever so slightly different, but after a couple of tips from OZSup head, David Bell, James nailed his first go on a stand-up paddleboard. 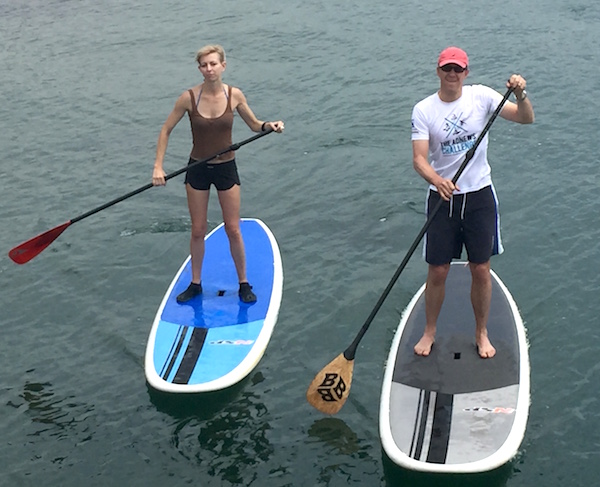 James Yaffa doesn’t like to follow in anyone’s wake. He made a concession when it came to having his first SUP lesson from OZSup founder and CEO, David Bell. No one really minds being upstaged by Brad Pitt and Angelina Jolie. 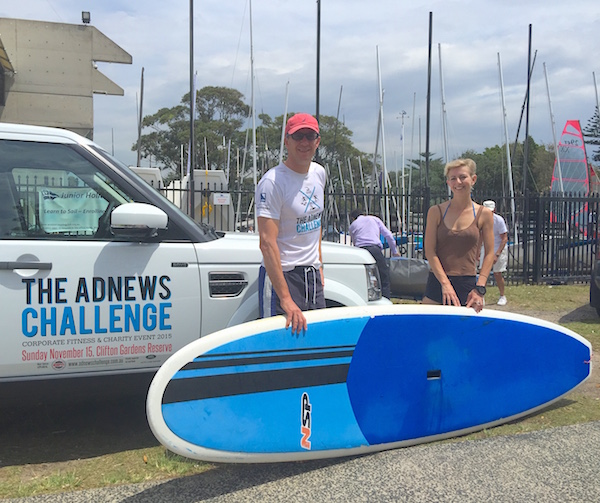 “Brad and Angelina were great. A few practice runs around the moorings and they were off towards Manly,” David told me.

“No pressure, James,” I thought.

Wisely I kept this from him. James was already looking stressed. He’d forgotten to bring sun block. David had remembered. David had also brought along two expert assistants. Perhaps he feared the same event that I was hanging out to capture on film. 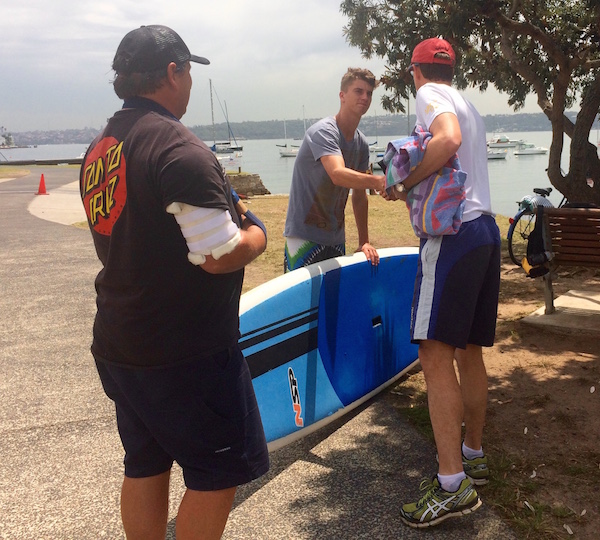 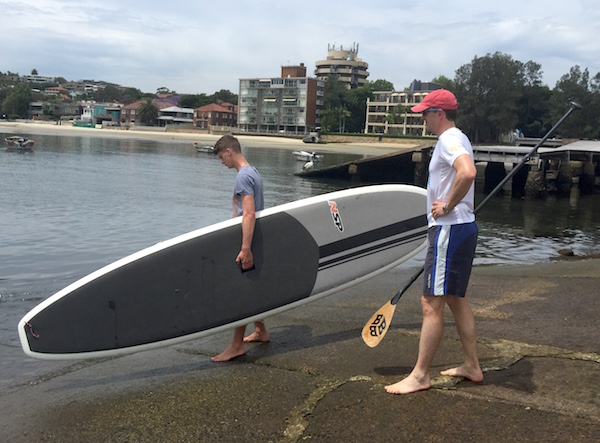 [James has his sherpa carry the board to the water]

But there was no Rose Bay Rescue moment to capture. No world’s funniest arse-over-tit. No toppling head first into Sydney Harbour. No teeter or totter. James didn’t even get his shorts wet.

In fact, he was rather impressive. 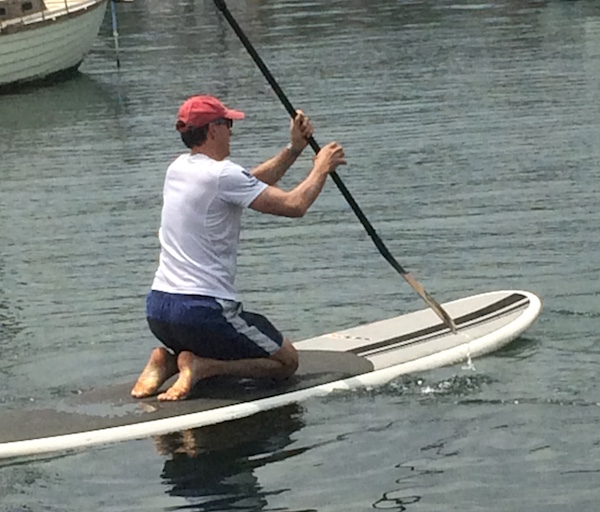 [Getting the hang of that pesky paddle] 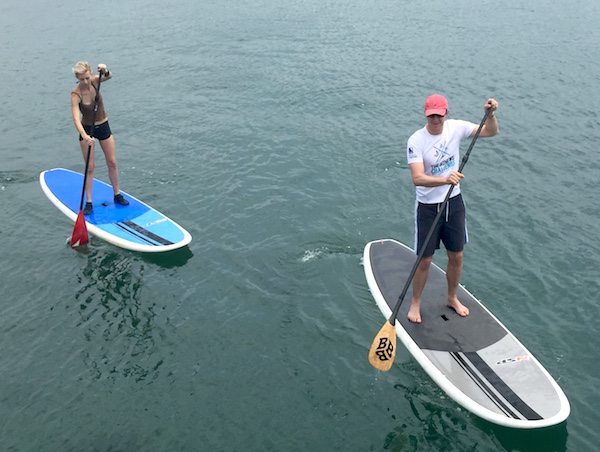 He went from kneeling to stand-up paddling within the first fifteen seconds and glided off towards Vaucluse at a speed only matched by the sea plane taking off near him. (It’s possible that he was competing with it.) 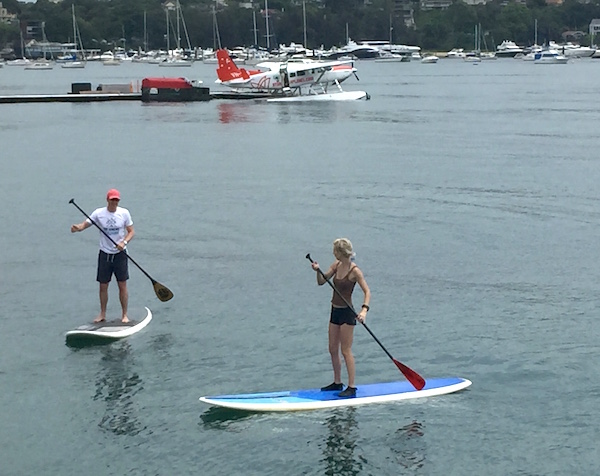 He did a nimble slalom around the boats on their moorings “for the camera”. And with his confidence cranked up to full volume, he may (?) have raced his instructor back to the ramp. 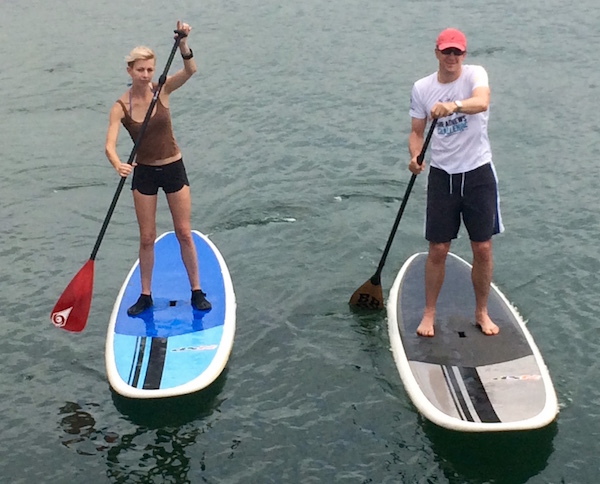 So, boys, if you signed up for the SUP leg because Kim Kardashian can do it, be aware that on Challenge day you are competing with James for the trophy. Know, too, that I overheard David giving James some pro-tips. He may already be the contender your team wants you to be.

And girls, seriously - anything KK can do, you can do better. Set your sights on out-SUP-ing Angie and have a few lessons before November 15.

David has offered to share the same pro-tips he gave to James with anyone who wants a lesson before Challenge Day.

Here’s how to organise that: