Famous last words from Folk’s MD, Michael Broadhead, before anchoring the team in the final leg of 2014’s AdNews Challenge.

And it seems crawling in the dirt while his employees egged him on hasn’t discouraged him from now moving on to the ever‐so‐trendy (yup, he’s from Bondi) paddleboarding leg of the 2015 AdNews Challenge.

We’re all looking forward to seeing him retain his dignity while standing on a narrow board for a kilometre in the sea (not that we’re hoping for swells, given 3⁄4 of the relay is water‐based this year).

So, we’ve got a suggestion for a new award in the Challenge: Best Boss

Any other MDs, CEOs, or Creative Directors for that matter, game enough to take on the mighty Broadhead?

Keep your eyes out for the fearless Folksters, aka Team Fit as Folk, at this year’s Challenge: 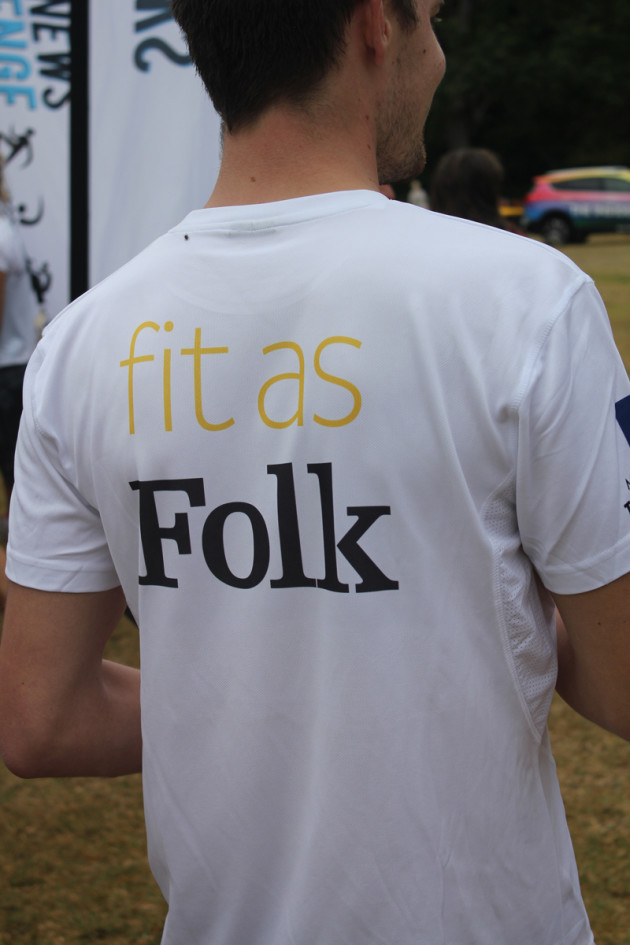