On Wednesday, October 7, Facebook sent a one year ago today memory...to Lynley Mackay. 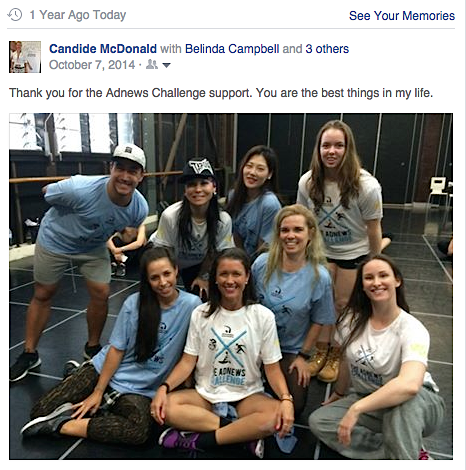 Lynley (blonde, blue AdNews t-shirt, centre) and I have just won the prizes for doing the most Sydney Dance Company classes in September. She did 34. I did 32 - but one wasn't counted because I was signed in as a teacher's guest.

Leisel Beveridge (centre front) had a baby girl seven weeks ago and came back to class last Friday.

Belinda Campbell (front right) has just had her Achilles reattached and is on crutches.

Kaya (I guessed spelling, cap on, back row) has gone home to Japan. Everyone else is still dancing.

Liana Fasanella is a new inductee into the AdNews Challenge support team. She sent you this today: 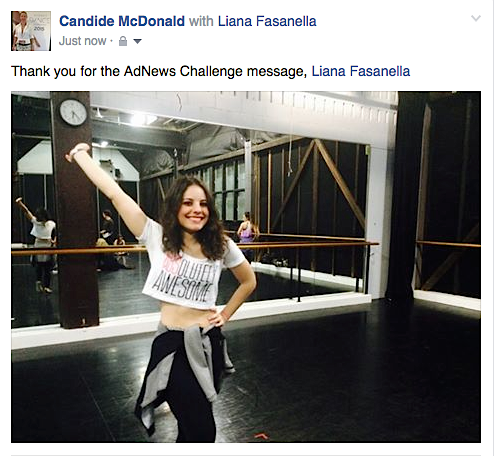 And don't believe Cory To'o's advice. He never stops dancing. because of that, he can do things normal human beings would never come close to dreaming were possible. 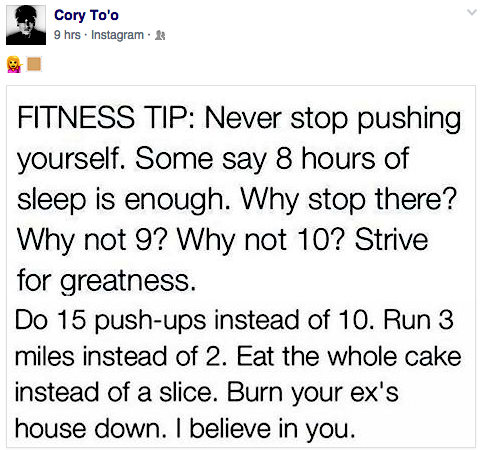 Trivia: If you watched the Rugby League World Cup in Sydney in 2008 and saw the rainbow serpent in the opening ceremony, Cory and I were the serpent's head. Eighteen other dancers - and my two sons - were its body.